Bheemeshwara or Bheemalingeshwara is an ancient cave temple of Lord Shiva nestled in a serene and secluded forest area in the Western Ghats. As per mythology, the Shiva Linga was installed by Bheema during their Ajnyaatavasa (living in hiding). Right next to the temple, there’s a beautiful little waterfall called the Bheemeshwara falls. It is said that the waterfall formed when Arjuna used his arrow to extract water from the rocks. The water falls down from a height of around 50 ft. The speciality of this falls is that the water never dries out throughout the year though the volume reduces during Summer. There is also a distinct aroma arising out of the lush evergreen forest which is very unique to this place. It is so pleasant that it will make you forget all your tiredness.

While we don’t know who really built this temple, we do know that this place was ruled by the Queen of Gerusoppa during the late 1500s after the demise of the Vijayanagara empire. This place then fell into the hands of the Keladi Nayakas before getting passed over to the Wodeyars of Mysore. The Wodeyars donated some jewelleries which is still used to deck up the deity for MahaShivratri. There will be a big celebration every year for MahaShivratri (which normally falls in the month of Feb-March). The festivities run for 4 days attracting a lot of people every year.

Bheemeshwara is a small village situated on the Bhatkal-Siddapur-Soraba highway. It is almost equidistant from Jogfalls and Bhatkal (around 43kms from either side). The temple is located a couple of kms away from the main road. There is a mud road access to the temple but it is generally not advisable to take your vehicle all the way to the temple (at least in the rainy season). Either you can walk to the temple or you can hire a shared local jeep at a reasonable cost.

There are some private buses that ply between Jogfalls and Bhatkal which stop at Bheemeshwara. The nearest railway station is Bhatkal.

Being right in the middle of the western ghats forests, there are no good options to stay in the vicinity around the temple. However, one can stay around Jogfalls or Bhatkal and do a short drive to Bheemeshwara. If you are looking for a Homestay, GundiMane is a perfect option as it is only 30 kms from Bheemeshwara and is a vegetarian-only Homestay. Most of the people who come to GundiMane make it a point to visit this beautiful place.

Bheemeshwara is very close to the west coast, and hence a plethora of religious places like Murudeshwar, Idugunji, Udupi, Gokarna, Kota etc are nearby. Jogfalls is just 43 kms from Bheemeshwara. If you happen to stay at GundiMane, you can checkout the nearby places while you pay a visit to Bheemeshwara. 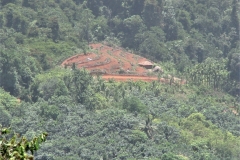 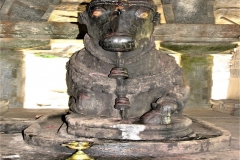 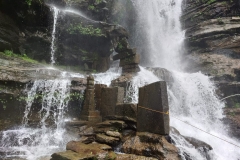 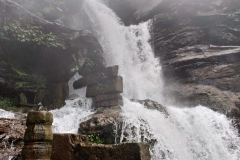 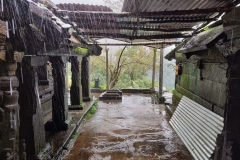 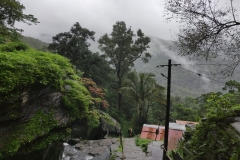 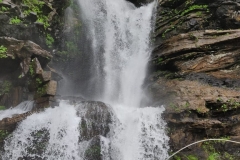 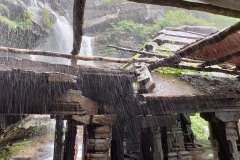 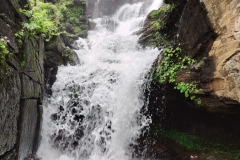 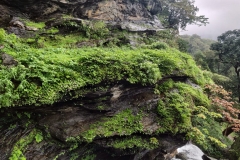